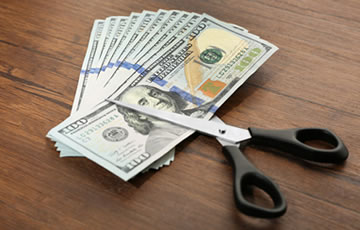 “These lower rates will provide a tremendous stimulus for the economy—significant GDP growth, a huge number of new jobs and an increase in after-tax wages for workers.”[3]

We have heard this before. And it makes sense, doesn’t it? More money in the pockets of taxpayers “logically” means more money for taxpayers to hire employees (job growth!), buy property (capital investment!), and increase productivity (GDP increase!). I want to buy the argument, especially when I know that the candidate for which I vote in November could hugely impact my tax bill. Unfortunately, as hard as I have looked for it, research supporting the theory comes up short. Historically, the research shows that tax cuts just don’t correlate to economic stimulus. But I had to check it out myself. There must be data showing a correlation between tax cuts and economic stimulus. In fact, I might have found it…

When I compared the Top Marginal Corporate Tax Rates in the U.S. between 1981 and 2012 with the GDP per capita, I found this: Canada, the UK, Germany, France, and Japan look similar to the US historical models. GDP per capita grew as the top corporate marginal tax rate decreased and continued to grow even while the tax rate stayed the same.

But what about Italy? It looks like an anomaly. The top corporate marginal tax rate actually increased between 1981 and 2012. Yet, the GDP per capita continued to grow steadily: So the questions are: (1) Is Italy’s economy an anomaly? and (2) Does the corporate tax rate really correlate to the growth of the economy? To answer this, I compared the GDP growth of each of the G7 countries between 1981 and 2012: Rats!…Every business can think of ways they could invest money that they otherwise would have to pay to the IRS. And I do everything I can to make sure my clients do not pay more than they legally owe in taxes. But unfortunately, when it comes to proving that lower corporate tax rates will “Make America Great Again,” history fails us again.